Melissa's abilities have assisted her in navigating her own life's obstacles while also enabling her to share intuition and guidance from her guides, angels, and those in Spirit to help clients, friends and family. As a psychic medium, Melissa also utilizes her abilities to assist families and law enforcement with cold cases and missing persons.

While Melissa's mediumship abilities have allowed families to heal from their losses, they have also helped people discover unknown family members that were given up for adoption; family members that no one knew about except mom who was in Spirit. Melissa has made many surprising connections, including channeling a former detective who talked about the Tate-LaBianca murders while giving a reading to a woman who, unbeknownst to Melissa, was a friend of the deceased detective.

The Travel Channel's series, Trending Fear, featured Melissa channeling the Spirit of a grandmother and receiving information from a crystal ball using psychometry. The information she provided was used to help a young woman through a difficult time in her life while shining a light on metaphysical evidence.

When not traveling, Melissa has a weekly radio show in her hometown of Yakima, WA where she gives readings and offers channeled knowledge and guidance to callers and facebook viewers. Melissa connects with humans and animals alike, both living and in Spirit, bringing forth information that seemingly comes from nowhere.

Being an avid equestrian prior to the Metaphysical events taking over her life, she worked diligently developing her skills as a horse trainer and clinician. Afterwork hours were spent in her riding arena training horses and giving lessons to numerous students. While Melissa no longer gives lessons or trains, she does have horses and rides as time allows. This work with horses has given Melissa incredible insight when connecting with client's horses and assisting them with problem areas.

Melissa's gifts, or as she prefers to call them, abilities, have been with her from the time she was a small child. She felt things and knew things so deeply that she often wondered if she was even of this world. Often thinking she may have been adopted as she watched personal interactions among her family. She could immediately decipher right and wrong, regardless of the actions she witnessed.

Fast forward to her thirties, Melissa began to feel and sense things that made no sense to her analytical mind. Along with that intuitive energy she started knowing people's whereabouts, what they were thinking, how they were feeling, and she also began feeling the energy of places and things. This began a bit of a spiral as she struggled to understand what was happening to her. After several years of just living with this energy, she chose to pursue therapy. This is where she would learn about herself and how to start processing and moving through the pain in her life. This release, in turn, made way for her abilities to shine forth in amazing new ways. The lasting effects of her therapy continues to help her in her daily work as a medium.

Melissa dove headfirst into developing her abilities; knowing this was the most beautiful gift and she needed to share it with others. After years of developing her God-given abilities, she now works full time as a medium, psychic and intuitive, delivering one message and one piece of validation at a time so that each and every person can rise above their fears, knowing their loved ones are with them, supporting them and knowing they have a precious journey to live. 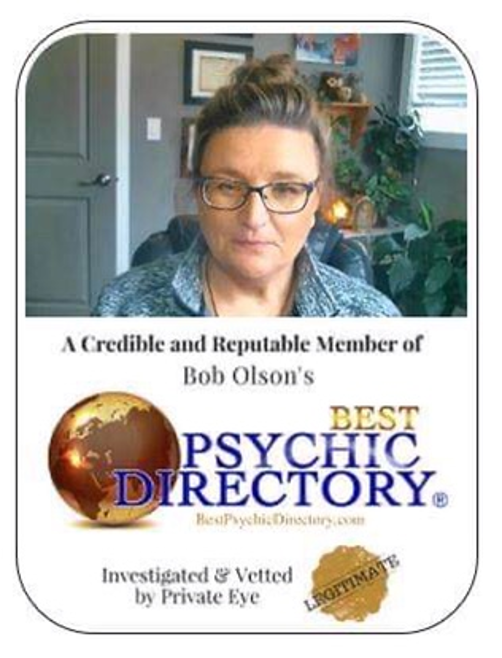