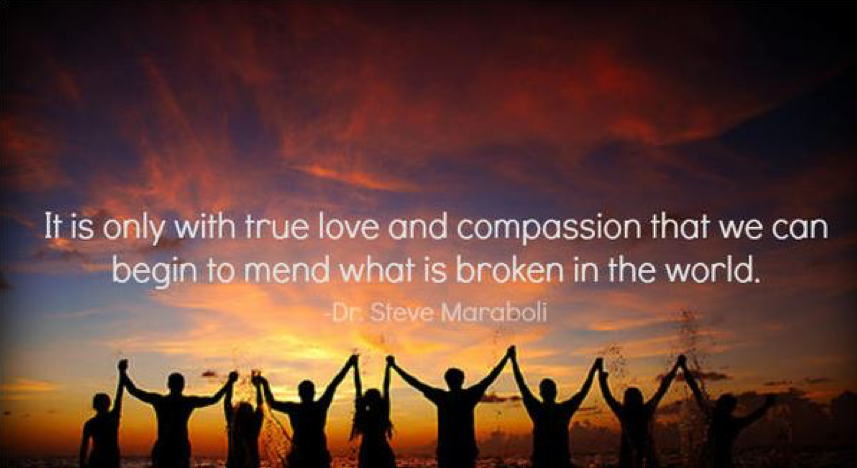 Last night I saw a facebook post from an acquaintance who made the decision to "come out of the mediumship closet". I was so happy for her. I know the bravery that took.  I know how that would affect the rest of her life for the better, if she allows that to happen.  I also know that the moment she did that, her world would change. She's going to lose some friends, and she's going to gain some friends. People will be afraid of her and people will seek her out for love and guidance.

What I find interesting about religion is that it teaches fear. When I came out of the mediumship closet, I found out just how much fear religion breeds, and I found that I had let it control me for way too long. Good grief, I had people praying for my soul and I had people walk away from our friendship. I had people demanding I show them bible verses to prove what I was doing wasn't against God. So apparently my ability to bring forth loved ones who've crossed, who want nothing more than to let their loved ones know they're still with them, safe and happy and that our souls do very much exist after leaving the physical earth...that very thing is now dark and evil?  Seems to me that is a wonderful and beautiful validation of God/Source Energy and that's a reason to celebrate, not fear and banish or tear down.

What I do know, from my experiences, is that we all are here to learn and I also do realize that there are those on the path of Religion that are here to learn about it, so I will not discount their beliefs but I will do my best to give them proof of a softer, easier and kinder, more loving existence and relationship with God. I would love to help them understand that our God does not wish us harm and we do not go to hell for believing in other things.  I mean seriously, there are so many religions: Judaism, Christianity,Islam, Bahá'í Faith, Hinduism, Taoism, Buddhism, Sikhism, Slavic neopaganism, Celtic polytheism, Heathenism (Germanpaganism), Semitic neopaganism, Wicca, Kemetism (Egyptian paganism), Hellenism, Italo-Roman neopaganism.  Are they all wrong? Are they all right? Why is yours right and the others are not? I just ask you to question that. And just because you've always done or believed in something...doesn't make it so...or right.

Back to my friend/acquaintance who posted on facebook that she's a medium: while the bible says, "do not judge", one of this woman's friends, who claimed to be Christian, jumped all over her- citing demons and evil and hell, while those who are Spiritual, myself included, understood the importance of what she did for the growth of her soul and sent her love and support. We did not condemn her or judge her.    The self-proclaimed Christian woman's religion taught her that God is harsh and demanding and jealous, so she reacted to the post in accordance to that belief system. My God is none of those things!! In fact, my God supports and loves me.  Some food for thought regarding the written word in the bible: It was written and rewritten by men, by religions and even our own governments, with self-serving agendas to dominate and control the masses. If you think about it, what better way is there to exude control, than to create mass amounts of fear throughout our society.  And look what that fear has created: Hatred for any religion that's not your own: anger and violence that occurs daily...in the name of God. Violence, killings, brutality, in the name of God. Using God to defend harsh judgments and penalties against another human being for their beliefs.

This also reminds me of my trip to Seattle this past February when I attended a very beautiful event put on by Hayhouse. If you don't know that name, I suggest you google it.  Anyway, this event is designed to help us on our paths and to create love and peace and inner acceptance.  While at this event, two of the speakers, whose events I attended, had bodyguards and one went as far as to have them accompany her into the rest room. Yes! I can't express the heartbreak I felt upon seeing this tiny woman walk into the rest room with two HUGE men on either side of her. The shame that overcame me as a human to know that people had threatened her so much that this is a daily occurrence, when in public. The thought that both of these woman's lives were threatened simply because they are here to spread and share love to others; to help you know there's more to life than fear, that we have wonderful purposes and we can be loving and kind to others and it benefits us, it does not detract from us.  I was mortified to see the bodyguards and to hear that this threats occur daily. I looked at my friend who attended with me and we both were just floored and saddened by the mere thought that because another human disagrees with you, they chose to instill fear and threaten your life. That is not okay people. Not in the least bit.

I hope this causes you to re-examine some of your thoughts or even that it provokes more thought.

And to the woman who stepped away from the sidelines and exposed herself as a medium, allowing the judgement, I send her love and my sincere appreciation for the position she has put herself in to grow her soul and to step into her power, because that my friends is an incredible act of bravery and courage.

While it may sound like I'm thrashing religion, my intention is to open some windows and shine some light on some things that are dark. I do know religion can also be incredibly beautiful...creating a safe place for so many who need a place to turn to when in despair. And I also honor that side of religion.

Thank you so much for you time.

Suicide and what I know about it